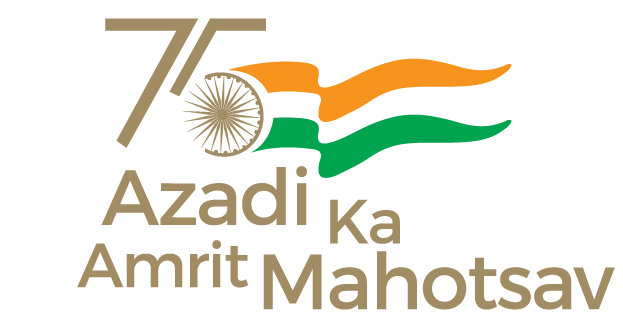 Topic: Old Age Homes in Delhi – Understanding the Challenges faced by them and Their Contribution to the Society.

Summary:The primary objective of this project is to have a closer view of the old age homes functioning in Delhi in order to assess the problems and challenges that these institutions are facing. The problems may relate to shortage of funds, paucity of well-dedicated staff who is willing to take care of the elderly, and the daunting task of comforting those elderly people whom these institutions are aiming to make feel at home. Some of the inmates may be physically and mentally unfit which makes the work of old age homes even more difficult. 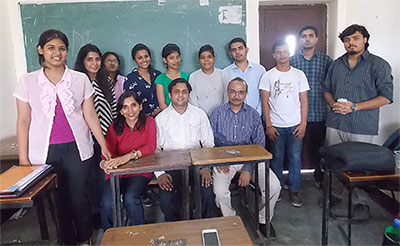 The project seeks to identify not only the problems faced by these institutions but also to discover any lacunae in their functioning.It will also be a matter of investigation to find the extent to which these old age homes are able to accomplish the purpose for which they came into existence. This project also aims at carefully documenting the achievements and contributions of these institutions. 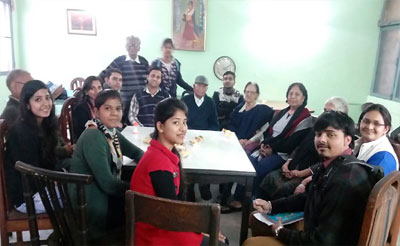 The project is an ambitious one keeping in view the increasing extent of nuclear families day by day and an ever increasing role to be played by old age homes. It aims to evaluate the psychological and other logistic support provided to senior citizens. The students will also be beneficiaries as they will have first-hand experience of being associated with a research project, they will be collecting data, preparing reports and making presentations in the course of this project. Not only this, we also expect that they will be sensitized in their behavior to the aged people.

Topic: Use of TiO2 nanoparticles for the degradation of dyes in waste water to save the environment

Summary: Environmental pollutants are the major cause for most of the health illness. Water is the main source of contamination and pollution which effects health through biomagnifications. Water gets polluted by harmful chemicals,dye,oil etc. All the waste that water contains are due to harmful chemicals which are drained from factories and industries into water bodies. This causes water pollution and leads to various health issues to flora and fauna. Among the pollutants drained, the most important role is played by water dye. Most of the dyes released from pharmacy and textile industries are mutagenic, toxic and tetrogenic that can cause serious health hazards to humans and livestock. Dyes released in environment can impart color to water and also decrease or stop the capacity of water re-oxygenation by blocking the sunlight, thereby increasing its BOD value. Therefore, these conditions can prevent or disturb the growth of aquatic plants and animals. The color removal from waste water from industries is the main concern in the green chemistry.

Presently, the problem persisting is the degradation of TiO2 nanoparticles only within the ultra-violet region of the spectrum which is only 4% of the solar light received on the earth and very less efficient when acted upon with the visible light. So, we wish to develop the technique which will be able to enhance the efficiency of degradation by broadening our study even to the visible light which comprises approximately about 50% of the sunlight.

Summary: The aim of this project is to create awareness in society through students participation towards protection of environment by using those ancient practices which have scientific relevance in today's world. In the name of development we are destroying the nature, polluting the river and creating an imbalance in our ecosystem. In spite of the large number of measures taken up by the government, the Yamuna River is still heavily polluted. One of the aims of this project is to draw attention to the real life problem of water pollution in Yamuna River and create some ways to solve this problem. 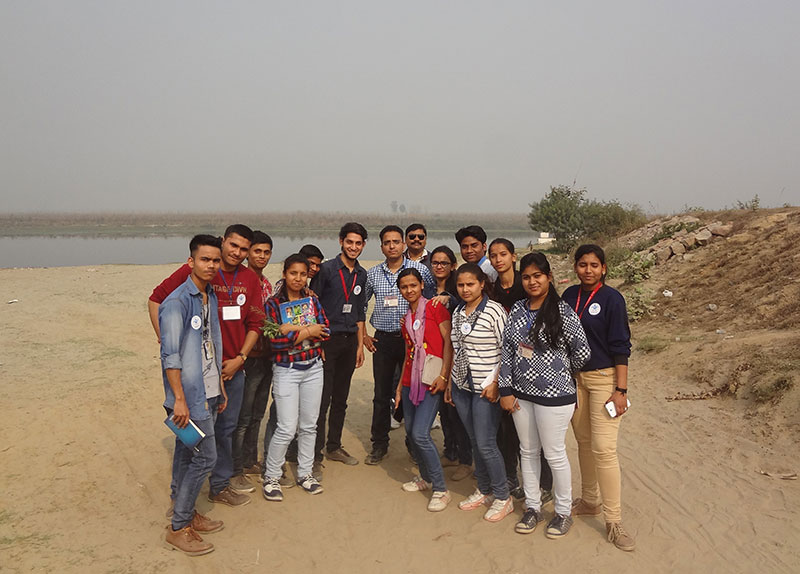 There is a need to peep in our past to understand the philosophy of our ancestors to keep harmony with the nature. These are reflected in the Vedas, Arthashastra, Girnar inscription, Brihat Samhita, Buddhist and Jain literature. In this project an attempt has been made to study the ancient Indian literature to search those concepts and traditions which were followed to keep our river clean and compare its feasibility in the present day context. Can we explain the scientific logic attached to certain practices of the ancient times? With certain modifications according to the need of the present day we can try to adopt certain practices and habits which will be a step towards cleaning our river Yamuna. Successful integration of time tested water treatment methods with new alternative technologies is the need of the day.


In order to create awareness regarding this, the students have organized and participated in seminars, competitions, rallies and gave presentations in different schools as well. The students went for surveys at different places to assess the present condition of Yamuna, and also took water samples for conducting quality tests, etc. in the near future.

Summary: Socio- religious reform movements have remained as strong undercurrents in the development of the Indian Civilization through different historical phases-ancient, medieval, modern, till present. Given the plural character of Indian society, such movements have helped in the co-existence of different faiths in India. They also heralded a plethora of serious efforts to combat the socio-religious ideas and practices which needed to be annihilated in the wake of changing times and realities at the level of popular awareness. In the mediaeval Indian Bhakti movement, a number of Saint-poets, have been immortalized in the popular memory of subsequent generations of Indians. Stories and works of medieval Indian saints like Chandidas, Jayadev, Chaitanya, Kabir, Tulsidas, Surdas, Meerabai, Narsingh Mehta etc. are still told and retold in different ways and through various mediums.

Cinema has been the most powerful and easily accessible medium of entertainment and education. No serious academic efforts have been undertaken, to study the rich cinematic heritage on prominent medieval Indian Bhakti Saint Poets and their works. The medieval Indian Bhakti saint poets and their works have huge cultural legacies and these have been carried by subsequent generations of Indians till present times. Hindi cinema, ever since its inception has been playing a significant role in transporting them to largest possible audiences, transgressing the class, caste, gender and religious boundaries, across the country, in audio-visual formats, and therefore, they remain deeply etched to popular memories for longer period of time.

A major approach will be to scan the list of Hindi cinema made till date, and identify those ones which are directly made on the mediaeval Indian Bhakti saint-poets. Once the database is ready, we will organize lectures, talks and seminars by inviting experts on Bhakti movement, cinema, myths, and legends, and the socio-psychological impact of cinema on audiences, in order to develop an understanding into our research objectives. Our project aims at venturing into this, untapped legacy of Bhakti saint poets to examine interlinks among myths, history, legends and popular memories in the form of academic books and a documentary.

Summary: In this project we are working on atomic data calculations which are eventually useful in ongoing plasma research and 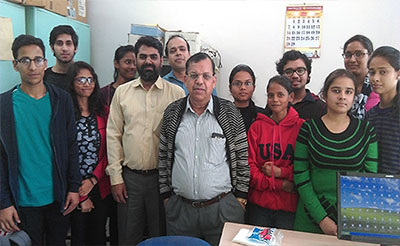 Tokamak machines that can perform a well-controlled fusion reaction on earth. Apart from this, we have calculated the different atomic properties of highly charged ions. This data is useful for understanding many aspects of laboratory and astrophysical plasma as well as can address numerous problems associated with the spectroscopy of charged ions such as fusion plasma. It is also beneficial for spectroscopic analysis of the radiation emitted by the sun and lastly but not surely limited, to obtain various information about the stars by comparing the absorption lines of the sun with known data.

During the research, we have determined the accurate energy levels, radiative rates, lifetimes, mixing coefficients and oscillator strength for Ne-like Ge atom. We have communicated this paper for publication in Peer Reviewed Journal. 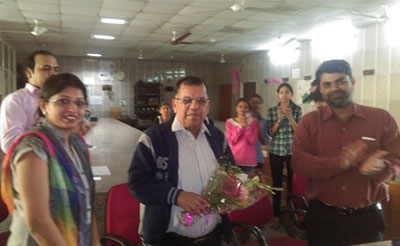 We intend to use this data to solve the energy crises that we are sure to face in upcoming decades. Because of the ever growing demand of energy for our industries, railways, etc., we are putting a huge strain on available natural resources. As we know that these natural resources are non-renewable, scientists have always been looking for alternative sources of energy. Hence, the search for a viable alternative to fossil fuels lead to the advent of Nuclear Power. Under nuclear power we have two methods to generate energy- the nuclear fission and nuclear fusion. Nuclear fission has proved to be an effective source, but has many associated environmental risks. On the other hand, nuclear fusion is something which can end our search for the alternative sources and it has been found that nuclear fusion, if performed successfully can generate a tremendous amount of energy with almost no environmental hazards.