Vice- Chancellors's appeal to contribute to the PM CARES Fund

Notification for Summer Vacation
An Online Quiz Competition on Biodiversity and Wildlife on 17.06.2020 by ECO Club

Vice- Chancellors appeal to contribute to The PM CARES Fund

SLC stands united with the Nation in fight against COVID -19

Notification for Instruction for downloading Admit Cards for U.G. Students

WDC & IQAC organize Webinar on Credibility Crisis in Media amidst COVID-19
IQAC & Unnat Bharat Abhiyan, SLC organize Webinar on Financial Literacy for Women in Times of COVID-19 on 08.06.2020 at 4:00PM
CSD & IQAC organize a webinar on Commodity Trading on 6.6.2020 at 3:00 PM
IQAC organizes International Conference(Virtual Mode) Proactive Governance and Policy IImplementations in the times of COVID-19 on 5.6.2020
Webinar on "Coping with COVID-19: Psychological & Immunological Aspects", organised by B.A. Prog. Society & IQAC, SLC on 29th May,

ECO CLUB, present an online speech competition on CHANGE IN PERSPECTIVE OF LIFE AFTER COVID-19 PANDEMIC

SLC, in its efforts to sensitize the students and the faculty towards gender equality and harmony, has formed the Women Development Cell (WDC) in the academic year 2015-16. The important events organized and initiatives taken by this Centre has evidently opened the minds of the students to newer ways of thinking. WDC has taken up cross-cutting issues related to professional challenges and social anomalies etc..

Recently as per the guidelines of the University of Delhi, SLC has formed the Women Development Cell (WDC) in the academic year 2015-2016. WDC, in collaboration with Internal Complaints Committee (ICC), has conducted workshops, counseling sessions, film screenings, and nukkad naatak for both students and staff members. WDC and ICC also organized workshops separately for students, teaching faculty and the office staff on "Gender Sensitization" by Ms. Kamla Bhasin, the eminent social and gender activist. Both WDC and ICC teacher members regularly attend workshops and training programmes organized by the WSDS, University of Delhi and other such agencies. WDC has started gender counseling on bimonthly basis from 2016-17 session so as to provide a forum to students (both girls and boys) where they can unhesitatingly articulate and clear their gender and other behavioral related queries. WDC is also organizing UGC-ICSSR sponsored National Conference on "Gender and Popular Culture: Representations and Embodiment" on 14-15 Dec, 2016. The Conference aims at addressing the existing gender bias in the society as represented in the media and the cross-cultural context. 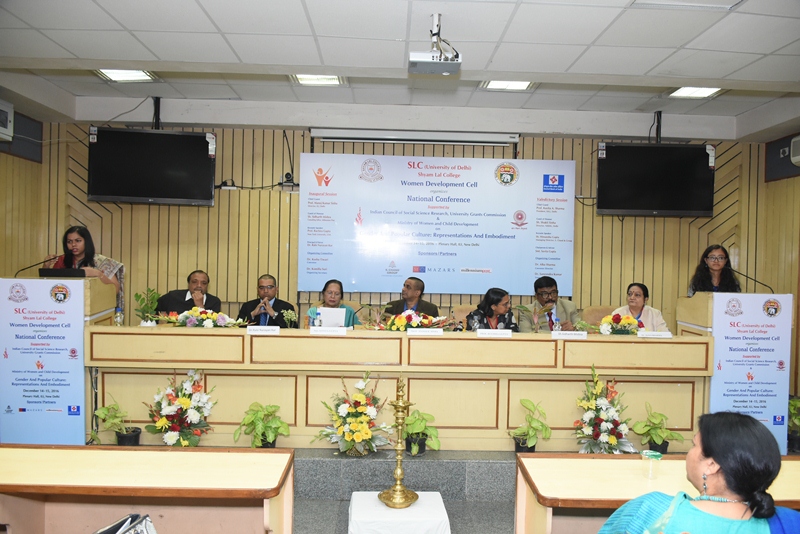 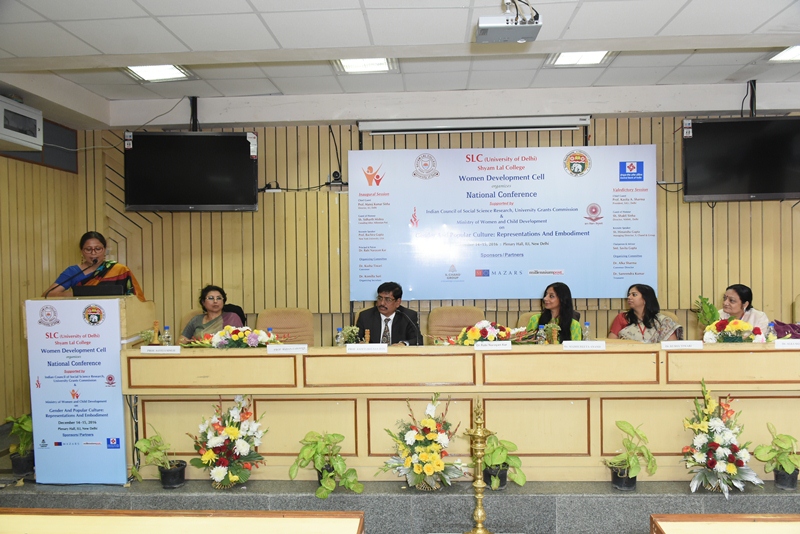 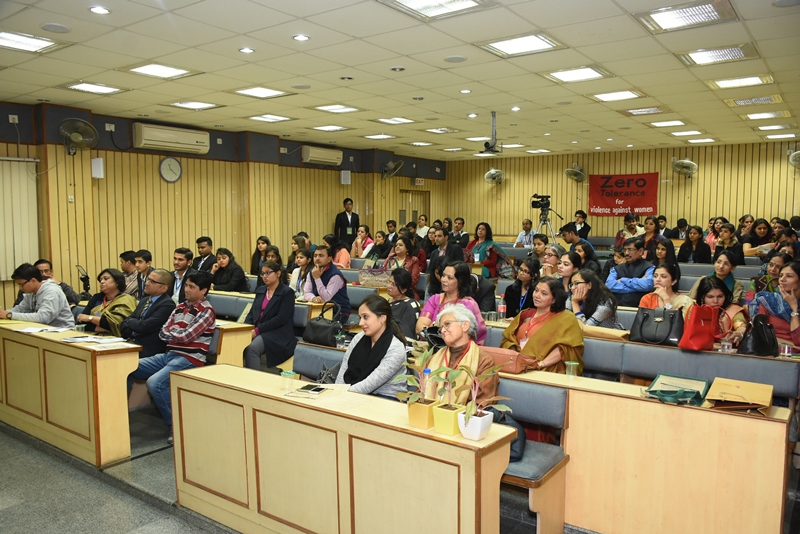 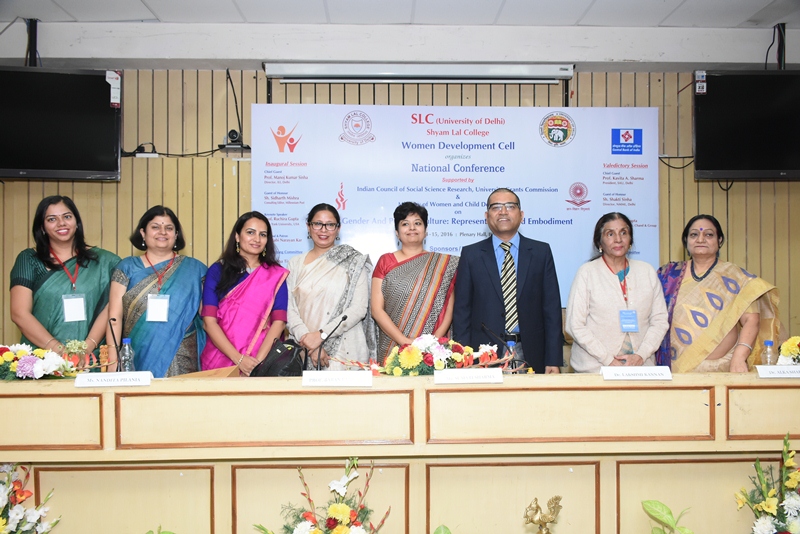 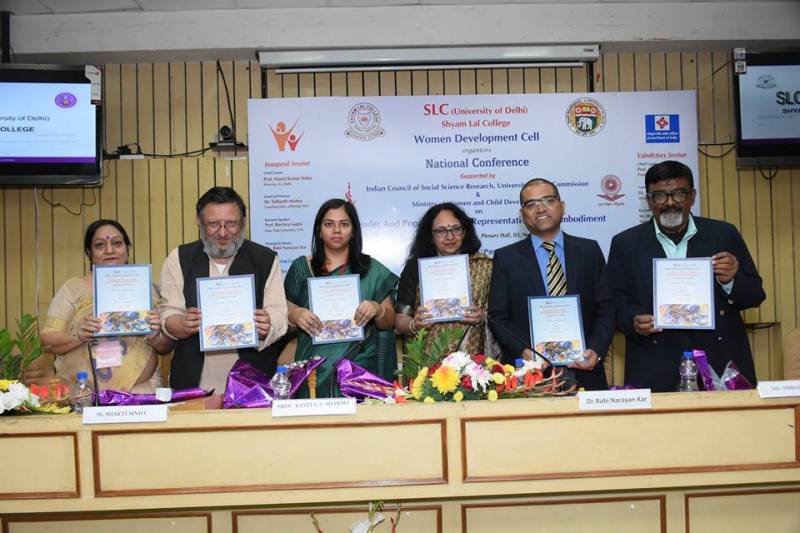 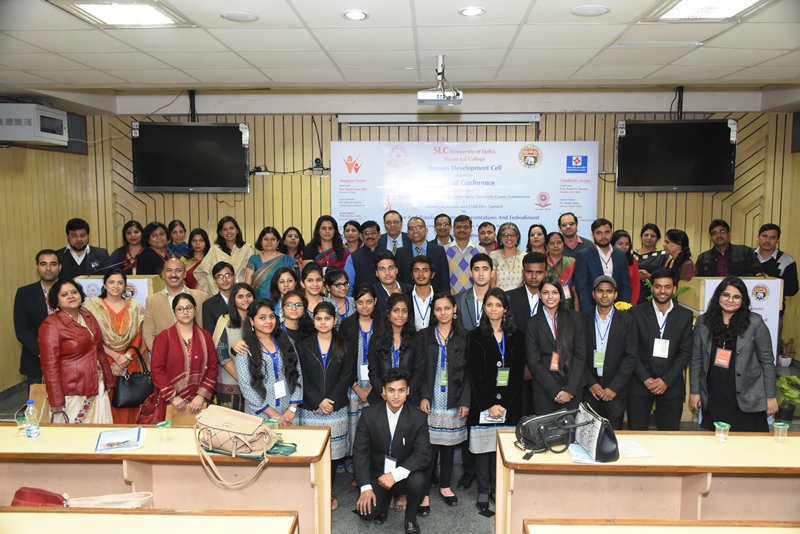 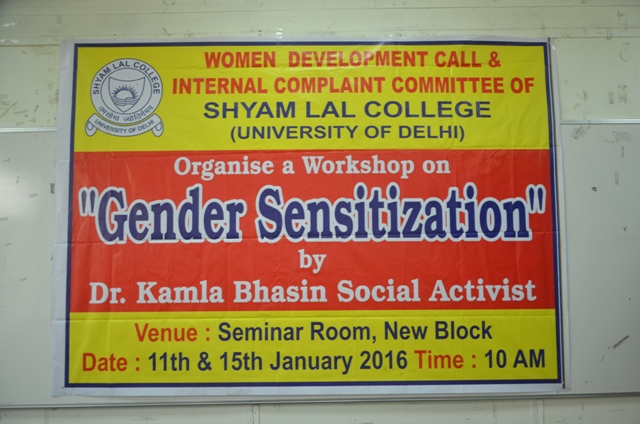 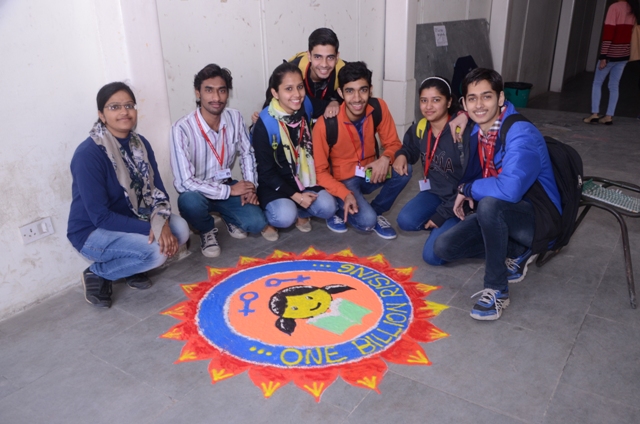 Women Development Cell and Internal Complaints Committee, Shyam Lal College in its efforts to make the students aware of the issues related to gender relations and perceptions organized a workshop for students on Gender Sensitization. We had Ms. Kamla Bhasin, the eminent social and gender activist, as the key speaker. A social scientist by training, Kamla Bhasin has been actively engaged with issues related to development, education, gender, media and several others for over 35 years. From 1976 to 2001, she worked with the Food and Agriculture Organization (FAO) of the United Nations. Currently, she works with Sangat- A South Asian Feminist Network, as an Advisor; with JAGORI, Women's Resource and Training Centre, New Delhi and Jagori Grameen in Himachal Pradesh as an active member. She is the co-chair of the worldwide network, Peace Women Across the Globe and South Asia Coordinator of One Billion Rising. She has written extensively on gender, women's empowerment, participatory and sustainable development, participatory training, media and communication.

The workshop aimed at enabling the participant students to

Kamla Bhasin had a long interactive session with the students in which she discussed and took up questions on issues related with gender inequality, patriarchal system and dehumanization of the male psyche.

By the end of the session, the student participants and other members of the audience gave Kamla Bhasin a standing ovation and a huge round of applause.

The WDC in College is an initiative taken under the auspices of our Principal Dr Rabi Narayan Kar in 2015.

The cell is a forum for debate, interaction and meditation on a range of issues concerning gender, sexuality, inequality, discrimination, empowerment, crime against women. The WDC aims to create awareness around gender issues, injustices against women and facilitate an atmosphere free of gender discrimination and prejudices on the campus. It not only provides platform for deliberation and dialogue but also initiates the process of resolving gender perceptions prevalent in contemporary times.

To accomplish these goals, the cell plans to hold year-round activities such as seminars, symposiums, film screenings, workshops on gender sensitization, street plays, self-defense camps, public reading sessions to engage students in discussions on matters concerning gendering of people and spaces, denial or limited access to education, sexual and reproductive wellbeing and rights, oppressive practices and customs, sexual exploitation in public and private sphere, safety in public conveyance and suppression of women's voices in civic and private realm.

The cell is also planning to invite a professional counselor (female) to counsel students and offer solution to their problems once a month. The facility would be available to students from next semester onwards (Jan- June 2015-16). The students can contact us with their suggestions and queries at slc.wdc@gmail.com 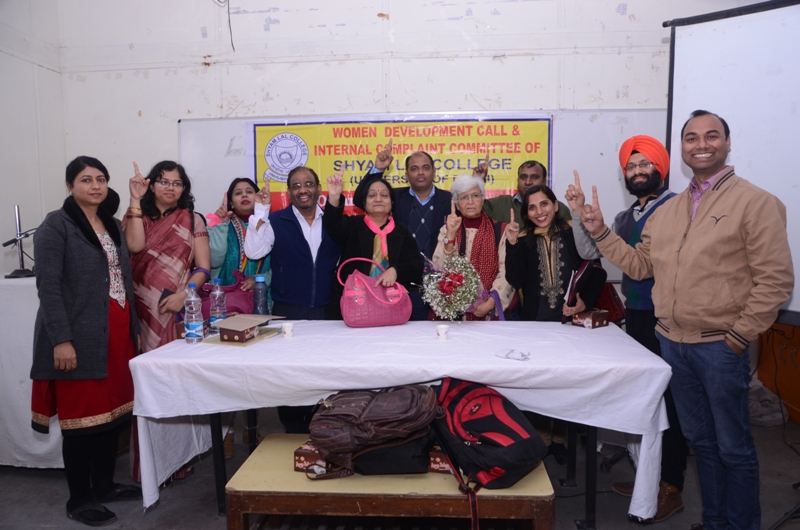